Smaller Oregon wine producers feel some pressures to keep their wines moderately priced. While some of the better known Willamette Valley wineries are pushing the ceiling of $100 a bottle and beyond, the smaller producers don’t want to gouge their base customers.

Domaine Serene with its bevy of awards and media accolades has several bottles over $100. A top bottling at wineries such as Beaux Freres, Bergstrom, and many others have a bottle or several selling at $100 or more.

The smaller producers struggle with distribution because they simply don’t make enough wine to sell in multiple states. They like staying in the $35-$60 or $70 range so wines are affordable for club members and through their tasting rooms.

“The competition really hasn’t been price competition,” said Wayne Bailey, owner at Youngberg Hill Winery. “It’s been beneficial (to be moderate in price) in that it’s made a whole lot more Willamette Valley Pinot available for people to try.

“We’re such a small piece of the pie. Pinot is only 5% of what is sold in the US. The valley produces one-hundredth of one percent of all Pinot grown in the country.”

Bailey has an entry-level Pinot for $35.

Price discussions have to include increases and on some occasions decreases for some producers. “We talk about price in both directions,” said David Bellows, winemaker at Vidon Vineyards. “Don is resistant to raising prices. We’ve had people come in and say ‘your wine should be more expensive.’ We have a hard time selling what we make.” 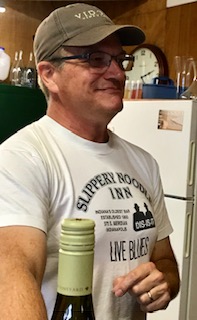 Bailey points out that there is lots of market research showing people east of the Rocky Mountains want  Willamette Valley Pinot but they can’t find it. The exception, he notes, is big producers. He adds that the small producers can open up a much bigger world to Pinot fans but they may have to search for smaller-production labels or come visit.

The backbone of these winery’s income is direct sales out of their tasting rooms and wine club memberships. “Some of our pricing reflects that,” said General Manager and Winemaker Tom Fitzpatrick, Alloro Vineyards.

“We want to be accessible. We don’t want to be where no one could buy them. Even our estate Pinot Noir ($40 SRP), which is the lowest price point of the three we make on the property, is not a lower tier wine. We focus our winemaking on producing the very best wine we can make.

But Fitzpatrick states the obvious that the sales have to support the winery. The estate Pinot was bumped from $35 in 2017 for the first time since the winery opened its doors.

Tasting these wines: A side note, I tasted all of these wineries wines twice in 2018. I received samples early in the year I shared with wine drinking friends solicited their opinions. I visited these producers in October. The wines easily hold up to or surpass the bigger Oregon names you may know. Reach out to the wineries, I’ve linked each site, to see if they can ship directly to you.