The wildfires ravaging Northern California and its famed wine country will have a devastating effect there. But Purdue’s Professor of Food Science Christian Butzke expects little impact in Indiana.

“It might affect prices but probably not as terrible as the pictures suggest,” said the enology professor. “Vineyards are irrigated so they won’t burn as fast. This is a climate change thing. Spring and early summer brought a lot of rain and a lot of vegetation grew around the vines. Now that dried vegetation is on fire.” 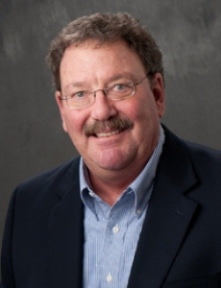 Even those scorched vineyards will get a second life. “I assume it’s a matter of replanting,” said Bruce Bordelon, Professor of Horticulture and wine grape specialist. “In some cases that might be a blessing, a chance to change varieties or clones, rebuild old trellises, etcetera, that otherwise might not have been done. I guess it depends on whether they were insured and if insurance will pay enough to make up for the very high value of the land and grapes grown there.”

Bordelon added the disaster could aid future harvests. The large wine regions have had considerable labor shortages at harvest time. Bordelon said most new plantings could be set up for as much automation/mechanization as possible.

Butzke, who leads Purdue’s annual Indy International Wine Competition, sees the loss in a more personal way. He has many friends working in the California wine industry. “I have several colleagues and a business partner in wine country. This is quite personal.”

Paradise Ridge winery was one completely destroyed on the first day of the fires. The winery’s owner Rene Byck has visited Purdue to help judge the annual wine competition.
There is one impact that could reach the Midwest. Though most wineries have harvested 70-90 percent of their grapes, smoke contamination could happen in the remaining fruit on the vine. “Damage from smoke can occur and it’s not a pleasant characteristic,” Butzke said. “It’s like sitting next to a campfire, you’re going to smell like smoke afterward.”

Fortunately, Butzke added, the biggest part of California’s harvest should be complete by now with the wines safely aging in barrels. The damage to any remaining fruit, especially late-ripening Cabernet Sauvignon, could be significant because of the wine’s high market value.

Barring further damage, neither professor thought there would be much price impact in Indiana when the 2017 vintage is released. Both lamented the terrible tragedy, loss of life, and damage to homes and businesses.

Come join me today for Saturday Sipps- three of our customer favorite wines! Cheverny is finally back along with the fabulous Vesselle champagne! And all three will be 20% off today only!
After a steamy week what a beautiful cool morning for a change of pace and summer flowers are in bloom!
We have Riedel pinot noir and Cabernet/Merlot glasses discounted 25%… If you wanted to buy some great stemware for your wine drinking get these they won’t last long!
Sharon is sampling a new Washington state Pinot Noir which will be included in our Saturday Sipps! Sharon has worked at the Wine Shop since the day of our opening nearly 5 years ago. Catch her in the Wine Shop a couple of mornings a week and join us Saturday for three wines you can taste and all 20% off!!!